Chef Desmond Fannin is a native of Southwest Atlanta, Georgia.

In 2001, he attained an Associate of Arts Degree in Culinary Arts from The Art Institute of Atlanta and has been recognized by the American Culinary Federation as a Certified Culinarian. After graduating from the Culinary Business Academy, he earned the title of Personal Chef and started Desmond’s Culinary Services.

Chef Fannin is currently employed with Sodexo as Director, Culinary Services for Offer Development Center, North America. He recently served as District Executive Chef of Atlanta Public Schools; after a rewarding stint at the Federal Reserve Bank, where he served as Executive Chef of all operations including the Executive Dining Room. He began his professional culinary career at the Weather Channel Headquarters in Marietta, Georgia. With Sodexo, he simultaneously served as Executive Chef of both United Way’s Loudermilk Conference Center and Magnolia Bistro in Atlanta. He was also the Executive Chef of Hewlett-Packard Business Center Perimeter and trained briefly at the World Trade Center Atlanta. Chef Desmond served as District Culinary Coordinator for the Atlanta Area, affording him the opportunity to assist with unit openings, conduct trainings, host VIP events, co-lead the Chef Association, and participate in sales presentations—one of which included NBA Hall of Famer Earvin “Magic” Johnson representing SodexoMagic.

Some of Chef Desmond’s greatest culinary moments include being selected by Sodexo to represent the USA in Paris, France to assist with foodservice for the 2007 Rugby World Cup and the London Olympic Games in 2012, and personally serving mogul Russell Simmons.

Desmond serves as a Board Member for CHOICES for Kids, Program Advisory Board for Le Cordon Bleu Atlanta, and is an active member of The Culinary Institute of America Healthy Menus R&D Collaborative.

Chef Desmond is also the author of "The Way I Sea It: A Collection of 30 Easy Recipes for the Seafood Lover". 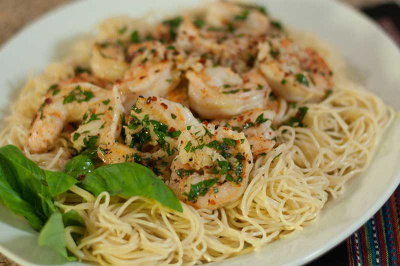 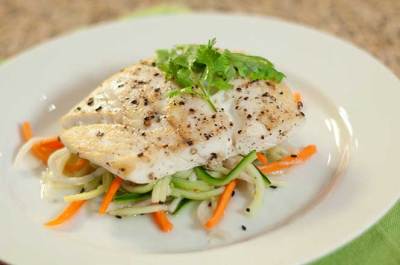